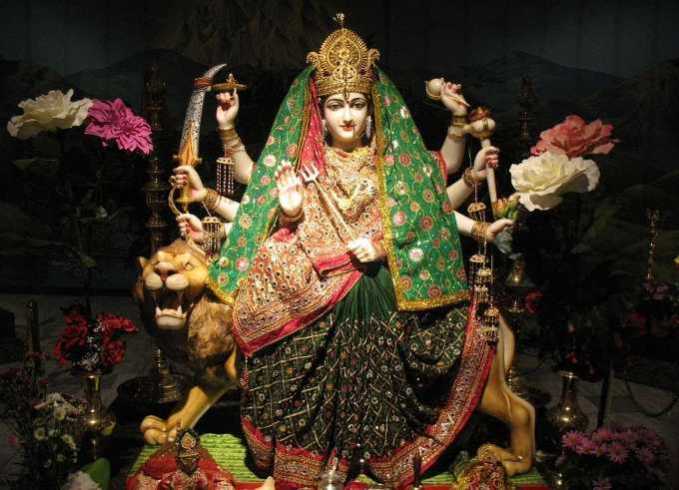 This is the story of how I met Shree Maa of Kamakhya. Kamakhya temple is a temple in Asaam, India. It is a temple of the Divine Mother dedicated to the yoni, or mother organ of the universe. At a certain time of year the temple is closed for everyone to enter, and the Goddess, or Mother of the Universe is believed to have her menstruation period. The idol reveals a stained cloth with her menstrual blood, and after the period is over people are allowed to obtain a portion of the cloth which is said to have healing powers. There is a river nearby that has iron particles in it which give a red color to it and it is believed that this river has something to do with the so-called menstruation period at the temple. This is significant for Hindus because we believe that the Divine Mother is in nature. So we do not take offense that this is attributed to a natural or scientific phenomena. In fact, Hindus at their deepest aspiration are scientists of nature, but our language is that of Sanskrit, not mathematics. However, mathematics is not at odds with Hinduism. We accept the theory of quantum wave superposition, that is the knowable and the unknowable being simultaneously operable as a systematic theory of being. This is known in a hymn of Devi, the Mother, which goes like "vidyaa-ham-avidyaa-ham" which means, "I am knowledge, and I am also unknowable." The entire theory of Hinduism in its essence is reducible to quantum theory and relativity, however the bridge is yet to be known because the two theories are a mismatch due to incompatible mathematical ideas. However, in time, this bridge will be known through the study of the Mother Goddess.

This mother was and is the same mother who Shree Ramanujan, the great mathematician of Calcutta, India, prayed to during his studies of number theory which illustrated him as the greatest mathematician of our times, one whose work was nearly incomprehensible to the modern man. His prowess appeared divine, but in fact he was a servant of the divine mother whom he prayed to daily. 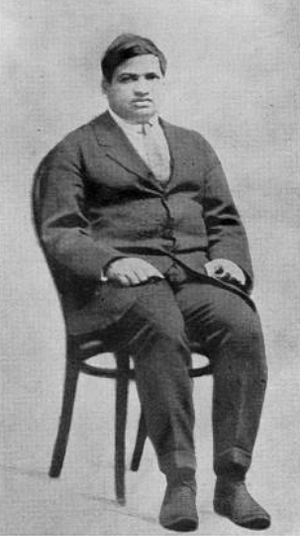 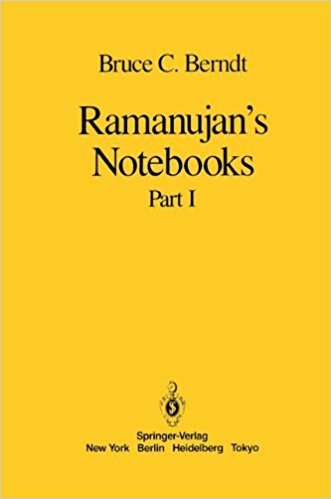 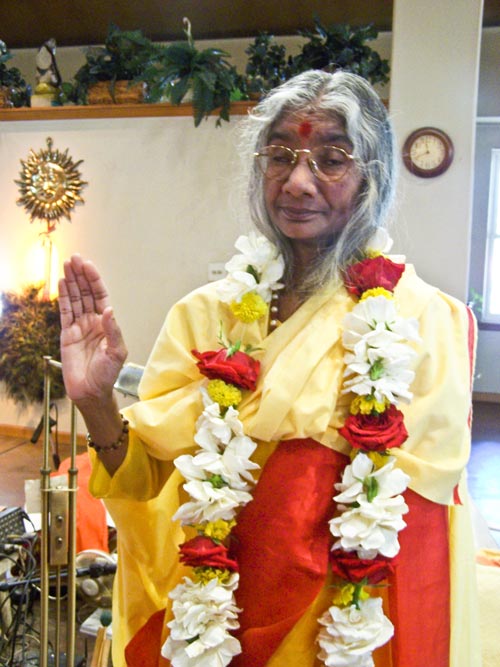 I met her on a Sunday at Amar Grocery in Fairfield, California. I was praying for her to come and visit me because I had never seen her and she is said to appear when devotees pray to her sincerely. So I began praying for her to see me often, and one day I went to Amar Grocery and I was shopping for something but I forgot for what because Shree Maa was there in her form that she gave to me this lifetime to liberate me. That's her above and that's what she looked like when I saw her. I thought she was going to be a big woman but she reminded me of my little sister. Real sweet and sugary with not a bad bone in her body. Just wanted to bless me. I thought I was going to be real nice and respectful and bow to her like an Indian like the tradition says we should, but instead I ran up to her and hugged her real hard even though she is a small and frail woman. But she is very strong inside, and she would not let me crush her. She was warm to me and gave me a blessing and told me she is my mother, and I believed her more than I have believed anything in my life.

When I came home I had so much shakti inside of me that I could hardly sit still and felt like I was having a little seizure, trembling, not with fear, but with divine light inside of me burning like a fire transmitted from her. I didn't want to know her that way but I had no choice, she gave me illumination and I was now hers, but I didn't know for a while until I was liberated from sorrow completely.

After that I didn't want to know anyone else other than Shree Maa. She was like a waterfall on my head that bestowed me bliss inside, like a lake full of amor (love in Spanish, my native language which I forgot very early after living in the United States for so long). I was not born Mexican but American, but when I was very young my mother took me to Mexico and blessed me with visiting many Mexicans in prison and praying to them in song of songs of Jesus. I learned Spanish there but quickly forgot. I was too young to remember, but later I began to recall dreams of being there and hearing the Spanish spoken by men and women, which explains my ability to speak Spanish at an early age. However later, I learned English and it became my dominant language. Shree Maa taught me Sanskrit, her native language of the divine calling to God, namaste. 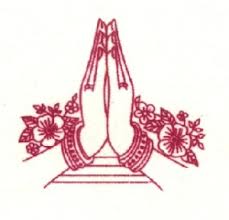 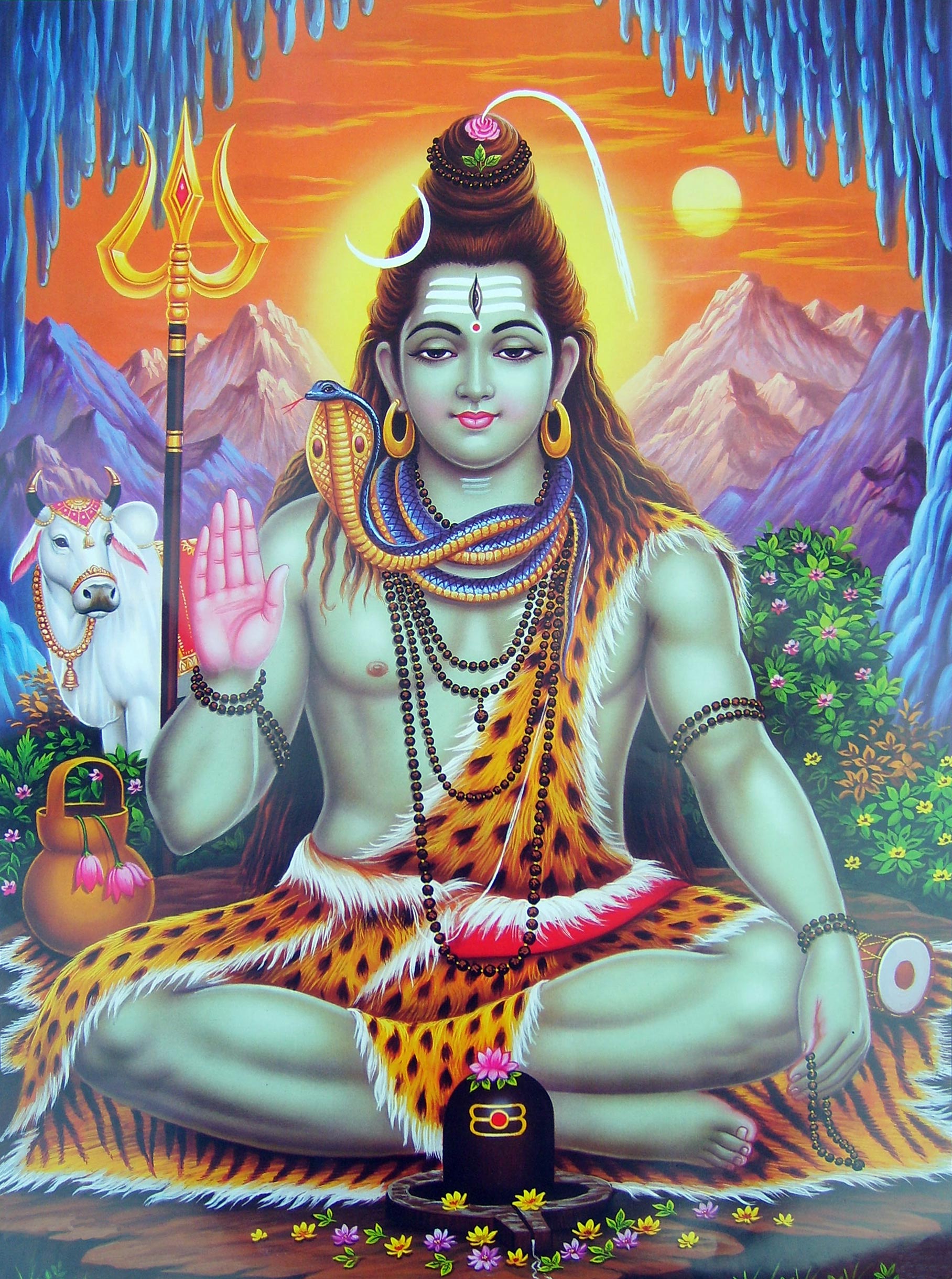